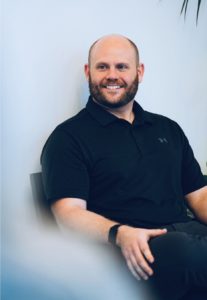 He received his undergraduate degree from Hardin-Simmons University in exercise science and business administration. While at Hardin-Simmons University, Dr. Rogers was a four-year letterman for the football team and received several academic all-conference awards. While attending Parker University, Dr. Rogers served as class president, was a member of the sports chiropractic club, and was the recipient of the prestigious Dr. Robert J. Czopoth Service and Leadership Award.

As a Cleburne, Texas native, Dr. Rogers was influenced by the profession at an early age from his grandmother who was an office manager and assistant for a chiropractor for several years. Dr. Rogers draws his passion for being a chiropractic sports practitioner from several years of competitive sports. He believes that all levels of athletes and non-athletes should receive the same level of superior care.